Proof of reduced gut permeability with larazotide against the backdrop of diet-induced obesity creates the prospect of controlling the outcomes of metabolic syndrome such as NASH.

Innovate Biopharmaceuticals, Inc., the clinical stage biotechnology company, recently announced that it will be presenting proof-of-concept regarding a model of nonalcoholic steatohepatitis (NASH) at the International Liver Congress™. 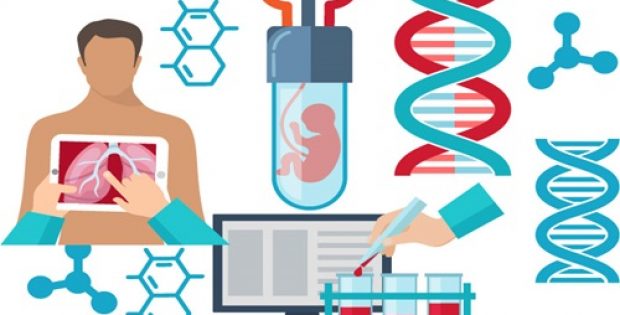 Innovate Biopharmaceuticals focuses on the development of autoimmune and inflammatory diseases related therapeutics. Reportedly, larazotide acetate is the lead drug developed by the company and it comprises of a new class of medicines based on gut-restricted peptides that function to re-normalize gut-epithelial barrier and the gut-liver axis.

For the uninitiated, the intestinal epithelium uses a well-regulated physical barrier to forms a tight seal and separates the host from gut contents. One of the most important pathologic and physiologic structural complexes, tight junctions, regulate the subtle equilibrium among the epithelial cells, gut microbiome and the intestinal mucosa and thus assists in maintaining a delicate homeostasis.

A meta-analysis developed by five clinical studies have conclusively indicated that patients with NASH and nonalcoholic fatty liver disease (NAFLD) are more prone to have altered gut permeability when compared to healthy controls. Particularly in NASH patients, this association of increased intestinal permeability was stronger implying that the inflammatory changes observed in NASH patients might be instigated by the increased intestinal permeability.

Through the study researchers evaluated the effects of larazotide in a preclinical NASH model namely the DIAMONDTM mouse model that develops from consumption of a specific diet. The preclinical model reviews response of NASH in a Western diet which is generally a high sugar, high fat one.

Arun Sanyal, M.D., Professor of Medicine & Executive Director, Education Core, Clinical Center for Translational Research at the Virginia Commonwealth University has been reported to say that increased intestinal permeability has been related to various aspects of metabolic syndrome such as type 2 diabetes and NAFLD. He added that the proof of reduced gut permeability with larazotide against the backdrop of diet-induced obesity creates the prospect of controlling the outcomes of metabolic syndrome such as NASH via such mechanism and creating further scope for the development of the compound.

For the record, at present there are no FDA approved treatments for NASH or NAFLD.